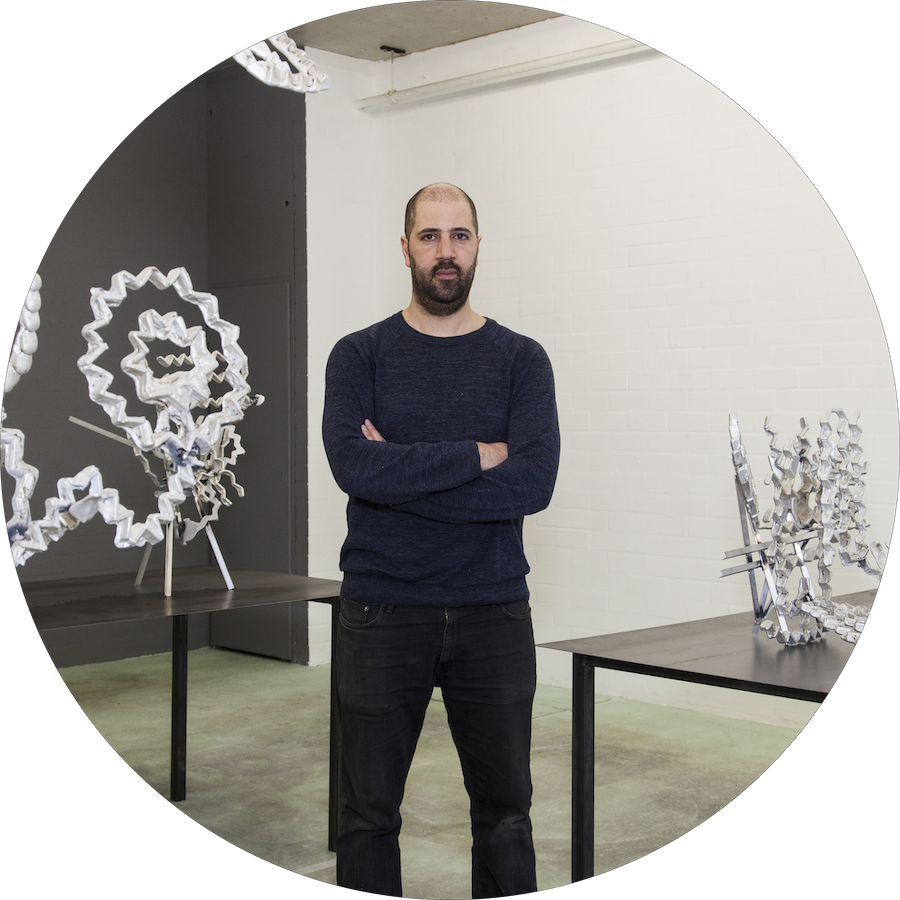 Yasser Ballemans (Breda, 1981) is interested as a visual artist in the role of art in rituals, like parades, campfires, carnivals and memorials. He researches how ornaments, embellishments and ‘oldf-fashioned’ techniques can be used in a contemporary way. Monumental statues in the public space are among others in Rotterdam, Amsterdam, Nieuwegein, Utrecht and in the Palace of Justice in Arnhem. Ballemans received his BFA in 2005 from art academy AKV/St. Joost (Breda), graduated in 2007 (MFA) at the Sandberg Institute (Amsterdam) and followed the Mr Miyagi Curators Master Class by Showroom MAMA Rotterdam in 2005. He lives and works in Amsterdam.

Ballemans has had several solo-exhibitions, at Museum de Fundatie (Heino), Onomatopee (Eindhoven), Park (Tilburg) and Gallery Joey Ramone (Rotterdam). In addition his work was shown in group exhibitions in a.o. China, Curaçao, England, France and South Korea. In the Netherlands he participated in group shows at a.o. Beeldhalwerk, SMBA, W139 and the Afrika Museum. Next to his work as visual artists, Ballemans has worked as curator, entrepreneur, teacher and mediator in the artworld. He was involved as an advisor at TENT, as curator at Kunstvlaai, founder of exhibition platform KOP in Breda and was involved for years in the work of artist Jeanne van Heeswijk. He worked as a curator at a.o. Blauwe Huis and as producent and mediator for Freehouse and Face Your World.

Return to the main page of Apprentice Master

Kunstpodium T recognises and supports art talent with exchange of knowledge and experiment.