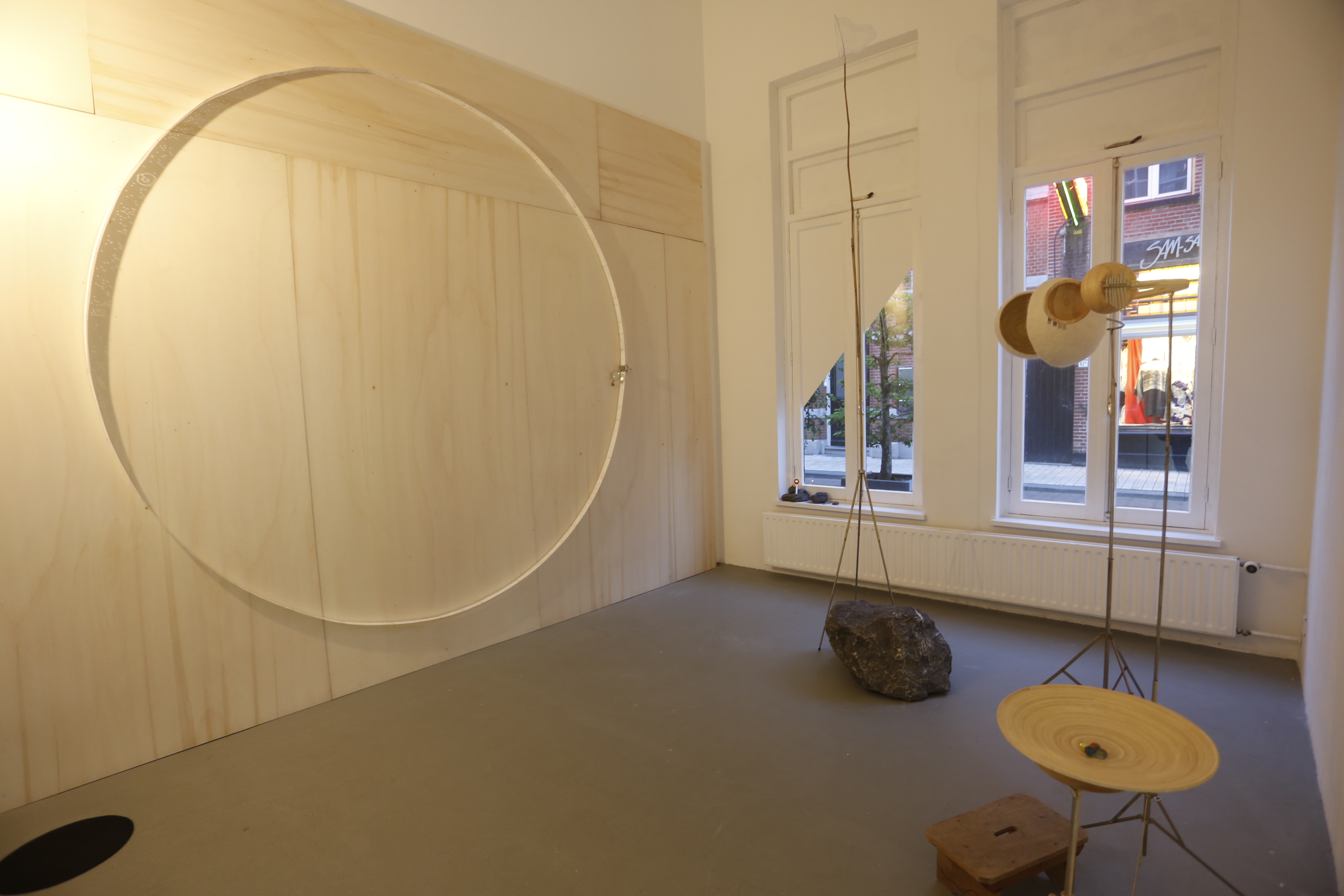 From all the Apprentice Master editions of 2016/2017, a jury has crowned the work of Nuni Weisz (HKU) with the  Jan Naaijkensprijs during the exhibition ‘Best of Apprentice Master project 2016/2017’ in Kunstpodium T in the summer of 2017. She received the award for her work Components for an acoustic environment, of which the jury wrote: ”Her work is playful, interactive, social en effective despite its modest means.” One of the prices that Nuni received, was a soloexhibition. Her presentation Gravitating Towards Inner Logic will be on show in TAC from Thursday 18 January to Sunday 18 February 2018. The opening will take place on Thursday 18 January from 20.00 in TAC, Eindhoven.

Pictured above is Nuni’s work during the ‘Best Of’ exhibition in Kunstpodium T.