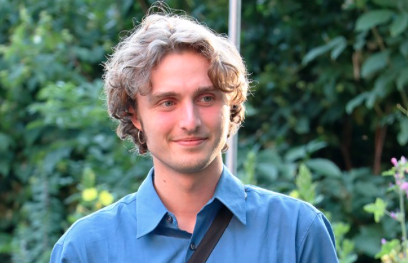 On Thursday 27 June, the Jan Naaijkens prize was awarded during the opening of the exhibition ‘Season Highlights’ in Kunstpodium T. Artist Pieter Chanterie was announced as the winner. The Deputy of Samenleving, Cultuur en Erfgoed (Noord-Brabant), Marianne van der Sloot, awarded the prize. The Jan Naaijkens prize is being awarded to an individual that contributes to the development of the cultural scene in Noord-Brabant. Since 2014, the Noordbrabants Genootschap works together with the Apprentice Master project of Kunstpodium T and awards the prize to one of its apprentices.

Previous to the opening, an independent jury spoke individually to the four artists about their work and their artistic practise. This jury consisted of: Petra Cardinaal (gallerist, director and curator of Pennings Foundation Eindhoven), Iris Bouwmeester (artist, core member Club Solo Breda) and Tim Roerig (curator at Z33 Hasselt and Day of the Young Artist 2019). In addition, Frank Pisart of the Noordbrabants Genootschap, who provide the Jan Naaijkens prize, participated in the conversation as well.

During the award ceremony, Marianne van der Sloot requested a moment of silence for the recently deceased Jan Naaijkens, who the prize was named after.

The jury called the participants all confident artists with strong presentations. With their works, they have show that they shall continue to enrich the art world in the future. The jury was particularly impressed by Pieter Chanterie. His intimate work shows a lot of passion and attention to detail, and invites the viewer to keep on looking. You can read the full jury report here.

Besides Pieter Chanterie, artists Ian Skirvin, Marina Heuvelman and Tina Jeranko were nominated. The works of all four artists will be on show until Sunday 1 September in the exhibition ‘Season Highlights’ at Kunstpodium T. We are open on Friday, Saturday and Sunday from 13.00 to 17.00 and during Dwalerij.

Over Pieter Chanterie
Pieter Chanterie’s images try to evoke stories which only exist within the image, they can not be reconstructed in another language – like the spectacle of storytelling in the circus tent. The long distance is very close – like if you’re peeking from outside through a window, you become present in the room. The world has its own laws and the same laws as the world in which it’s exists – like the smallest leprechaun who lives in the biggest world.
He makes books and paintings. The painterly image is being strengthened and contradicted by the refined narrative – like the turbulent dancing that’s going in the living room while in the kitchen, biscuits are being dipped in the coffee.