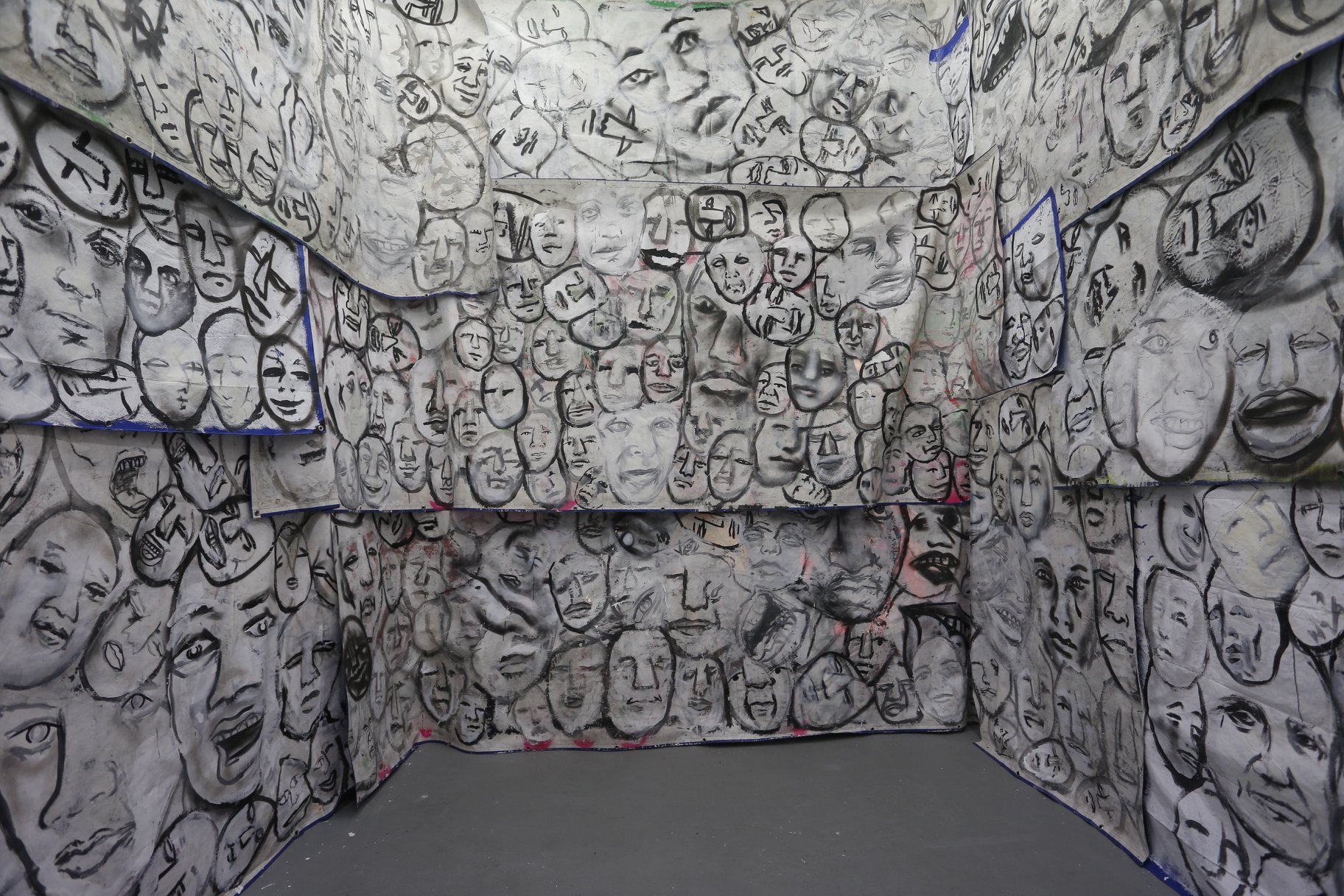 In the exhibition ‘Season Highlights’, four apprentices of the tenth Apprentice/Master season have been invited to make a small solo exhibition in Kunstpodium T. These presentations will be on show during the summer. During the opening on Saturday 23 June, an independent jury will announce one of the nominees as the winner of the Jan Naaijkens prize.
On show from 23 June 2018 to 26 August 2018. The exhibition is open on Saturdays from 13.00 to 17.00, by appointment and during the market Dwalerij.

During the opening, the jury announced Yoel Pytowski as the winner of the Jan Naaijkens prize! They praised him on the ‘good adoption of the space’, ‘nice references to architecture which reveals several layers’, ‘well thought of the proportion and measurements of the space and use of material’ and the attention to details.

About the nominees
Yoel Pytowski (1986) graduated from the art academy LUCA in Brussels, Belgium. In his work, he explores holes, separations and notions of distance between things. Operating between the poles between text, architecture and identity, he finds himself often dealing with ideas, relations or divisions between two letters, two lines, inside and outside, small and large, two people or two countries.
Sam Hersbach (1995) graduated from the HKU in Utrecht. His paintings function as cut-outs / snapshots of a bigger world. Where the unknown lays outside of the painting and creatures crawl inside and outside of the painting. Searching for power and self enhancement via bodily extensions or just a place to hide.
Sjel Musters (1992) graduated from the Willem de Kooning Academy in Rotterdam. In his work he deals with the phenomenoms serendipity and synesthesia. It is a personal search, from image and sound, for new senses. Translated to for instance writing a fallacy for art or a performance in the dark with night goggles. Sjels work deals with the myth of art and judgment. He is interested in contrast, oppositions and therefore absurdism.
Carla Lavin (1994) graduated from Nottingham Trent University in Great Britain. She uses sculptural installations to explore our connection with the natural world around us. This is driven by a curiosity for production and reproduction, realised through experimentation with raw materials, process and form. Her work is often site specific/responsive and continues to evolve within the space.

Jan Naaijkensprijs
Since 1982, the Jan Naaijkens prize is awarded yearly by the Noordbrabants Genootschap. This prize is awarded to somebody that has paid a special contribution to the development of the cultural field in the Dutch province of North-Brabant. The first prize was awarded to Jan Naaijkens, after that it went to Gerard van Maasakkers (1987), Tom America (2005), Ed Schilders (2008), Jacques de Groot (2010) and Maarten Jense (2011).
Since 2014 the Noordbrabants Genootschap connects the prize to the Apprentice Master project from Kunstpodium T. The Jan Naaijkens prize is since then awarded to the development of talent; the award has been awarded to  Juan Pablo Plazas in 2014, to Rudolf Samhejl in 2015, to Ans Mertens in 2016 and to Nuni Weisz in 2017. Read more information here.