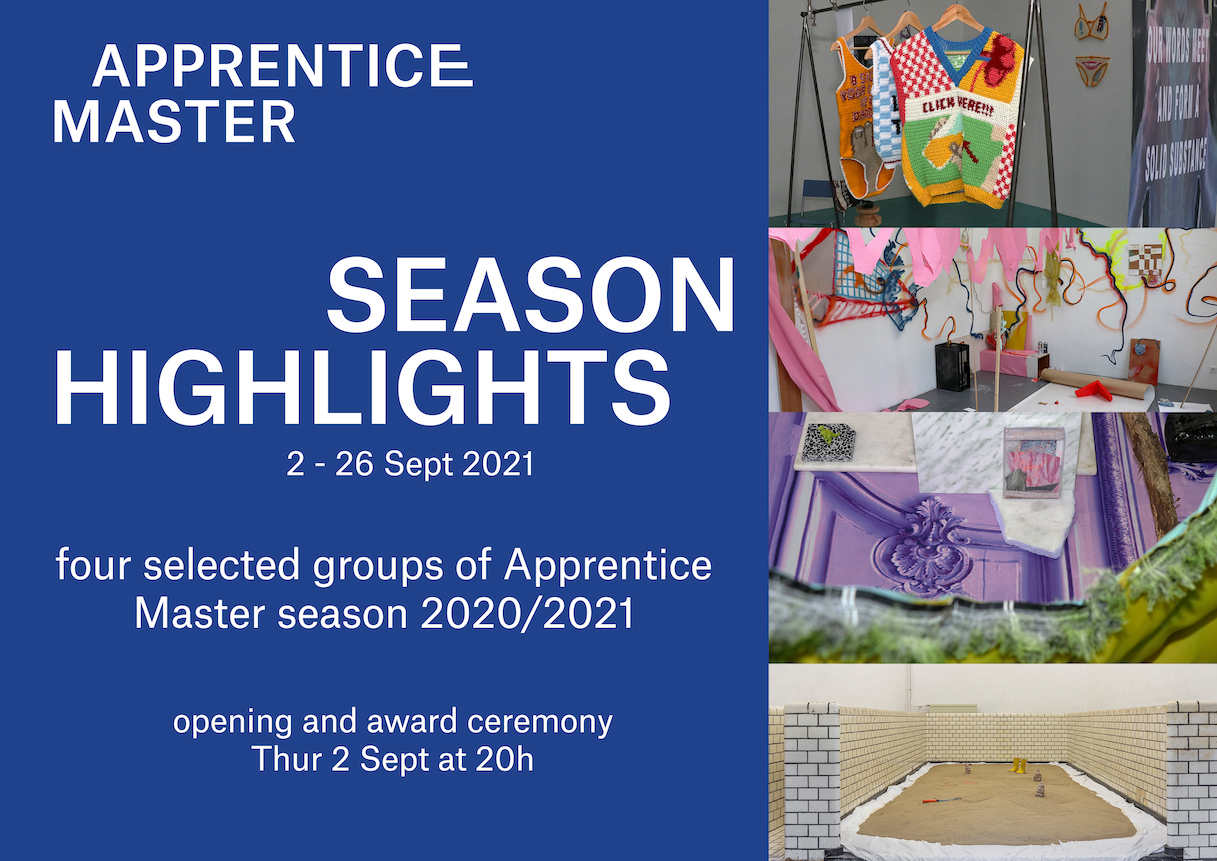 In the exhibition Season Highlights, four groups of Apprentices of the current season Apprentice Master are selected to present an exhibition in the summer in one of the rooms of Kunstpodium T. Managing director Klaartje Esch and Yearmaster Anya Jansen make a selection of four groups that during the season have developed themselves artistically, have optimally used the possibilities of the project and shown the value of the collectivity of the project. An independent jury chooses one of these groups as the winner during the opening on Thursday 2 September 2021.

Linked to the exhibition Season Highlights is the Jan Naaijkens prize: a prize for the preservation of artistic talent in Brabant and since 2014 connected to the Apprentice Master project. During the opening of Season Highlights, an independent jury announces one of them as the winner. The jury consists of diverse professionals from the art world.
In the past the prize was awarded to individual Apprentices. The shift from an individual Jan Naaijkensprize to a collective group prize comes from the growing importance of collectivity in the art world, which Kunstpodium T also increasingly prioritises. Collectivity is a large motive during the entire project, and is reflected in the Jan Naaijkensprize.