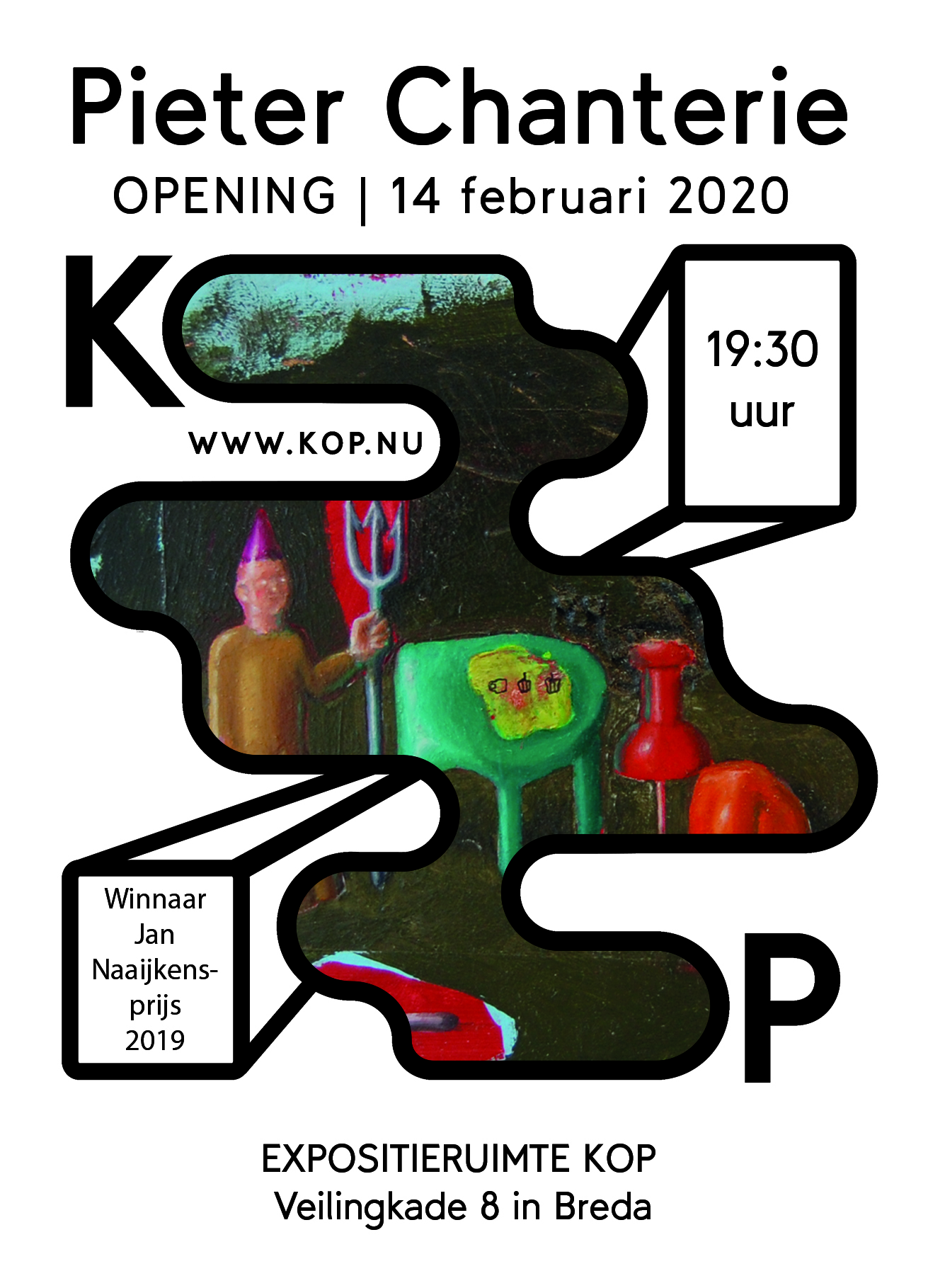 In June 2019 apprentice Pieter Chanterie was announced as the winner of the Jan Naaijkensprijs, during the opening of our summer exhibition Season Highlights. By winning this award, the young Belgian artist receives a solo exhibition, in addition to a monetary prize. This show opens on Friday 14 February 2020 from 19.30 at our colleagues from KOP, situated at Veilingkade 8 Breda. You are welcome at the opening, where Pieter will also be showing new work!

Pieter Chanterie’s images try to evoke stories which only exist within the image, they can not be reconstructed in another language – like the spectacle of storytelling in the circus tent. The long distance is very close – like if you’re peeking from outside through a window, you become present in the room. The world has its own laws and the same laws as the world in which it’s exists – like the smallest leprechaun who lives in the biggest world. He makes books and paintings. The painterly image is being strengthened and contradicted by the refined narrative – like the turbulent dancing that’s going in the living room while in the kitchen, biscuits are being dipped in the coffee.