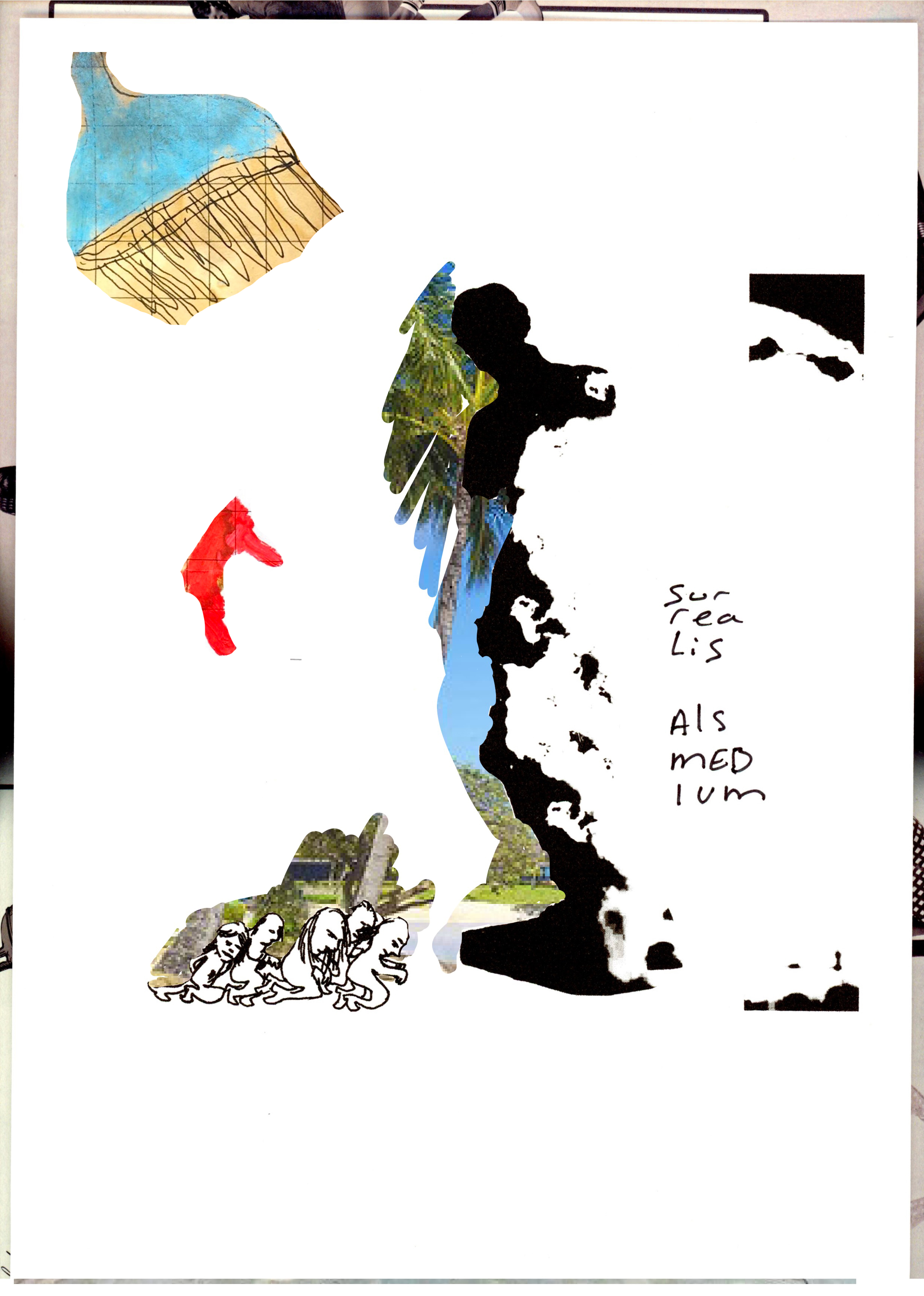 In the ninth and last exhibition of the Apprentice Master season 2020/2021 Apprentices Monique van de Ven, Famke Storms, Lore Pilzecker and Fenna Koot will be exhibiting with Master Folkert de Jong. The exhibition is on show from Thursday 1 July until Sunday 25 July 2021 at Kunstpodium T in Tilburg.

The project Cadavre Exquis is a research into the added value of the collaboration between different artists that don’t know each other. This technique was employed by artists at the beginning of the 20th century such as André Breton and later René Magritte.

A Cadavre Exquis is originally a poem written by multiple poets, without them knowing the parts that the previous artists have written. This technique is later most well-known in the arts in the form of drawings.

For the Apprentice Master program, Lore, Famke, Monique, Fenna and Folkert have chosen for this principle, as a medium to research how, in the period of Corona, a dialogue is developed via digital meeting and eventually can lead to an embodiment in the form of a collective artwork.

The private opening takes place on Thursday 1 July. The exhibition can be visited by the public from Friday 2 until Sunday 27 July 2021. Reservation is not required. You are kindly asked to respect the covid-19 measures.

Folkert de Jong
Folkert de Jong (Alkmaar 1972) is a sculptor. He lives and works in Amsterdam and is known for his life-size, theatrical, narrative images that address themes such as history, war, greed and power. In the sculptures he makes, he refers to (art) history and cultural tradition as well as to themes from pop culture. In addition to materials such as styrofoam and polyurethane foam, materials that also determine De Jong’s characteristic use of colour: baby blue, the color of styrofoam, and yellow, the color of polyurethane foam. Since 2012, he has also worked in bronze, ceramics, metal and acrylic glass. As an artist, Folkert makes connections with the past because these events open doors to deeper meanings of the experience of our zeitgeist. In addition to free work, he has extensive experience in applying his art for specific assignments, mainly in public space and architecture.
De Jong was educated at the Hogeschool voor de Kunsten in Amsterdam (1994-1996) and the Rijksakademie van Beeldende Kunsten in Amsterdam (1998-2000). He has also stayed at the CEAC Chinese European Art Center Xiamen (China, 2003), the ISCP International Studio and Cultural Program New York (USA, 2004) and the Leipziger Baumwollspinnerei (DE 2006). There is a lot of national and international interest in his work. He regularly exhibits in museums and galleries in New York, Mexico City, Seoul, Valencia and Milan, among others. His work is in private, public and corporate collections, including Saatchi Collection London, Montreal Museum of Fine Arts, Los Angeles County Museum of Art, Groninger Museum, Gemeentemuseum Den Haag, Ernst & Young, Theodoor Gilissen Bank, Rabobank art collection, VandenBroek Foundation and Museum Boijmans van Beuningen Rotterdam.

Famke Storms
In my atelier I like to create a sort of chaotic atmosphere by cleaning up as little clutter as possible. By doing this, I end up combining different kinds of materials. I could not have predicted those combinations in advance. As a starting point, I often use pictures of everyday scenes that I find interesting. I explore the combination of colors and shapes and try to acknowledge them. In doing so, l ask myself how this color and shape come out best. The function disappears; this information gets lost during the process of creating. I discovered that the things around me are decorated with human traits. By positioning stuff, characteristics such as tragedy or happiness can be perceived. A wooden strip looks much more endearing in a corner than when it is placed in the center of the space it is in. In this process, it is the subjective experience that matters, my personal connection with the color, material and shape.

Lore Pilzecker
Every village, city, or place needs an identity in order to establish itself. In regard to my practice I study the various systems which circulate around public art and subsequent creation of an area’s identity. These various aspects such as history, commerciality, culture and politics of a place appear to interconnect with each other. The souvenir, a thing kept as a reminder of a person, event or place, is also a symbolic object that conveys the essence of its origin. Thus, souvenirs can highlight systems that influence the flow of information, which is continuing to gain momentum. Importantly, the more a places’ identity is emphasized; the more people come to visit it.

Fenna Koot
Choose the easiest position: sit down, adjust your glasses (clean them), stretch, pull up your chair and straighten your back. Make sure you are attentive: you should close the door, there is always a jammer behind it. In my case, it is the radio of the handyman downstairs: currently, he is listening to ‘Radio-538’. The title of the song is unknown to me, but the tune sounds familiar. I don’t ask the handyman if he can turn down his music a bit so that I can focus on a short text about my artistic practice. I choose that my door muffles just enough to give it a try.

Monique van de Ven
I am a Dutch multidisciplinary artist with a focus on figuration and sculpture. I use recognizable figurative representations and strive for the work to speak for itself. It is my wish to create installations and/or spaces in which the visitor becomes part of the work and gives a work a performative element. I am interested in the ambiguity of our perception of other species. I research man-made representations of wildlife in general and often focus on wildlife in particular. I want to question western human-animal relations. The notions of the exotic are central to my work. Like many performances, they are fed by fantasies that, living in the Netherlands, are literally far from home. 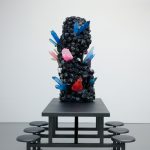 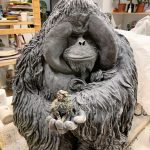 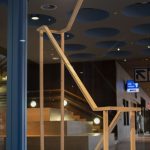 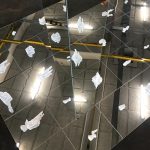