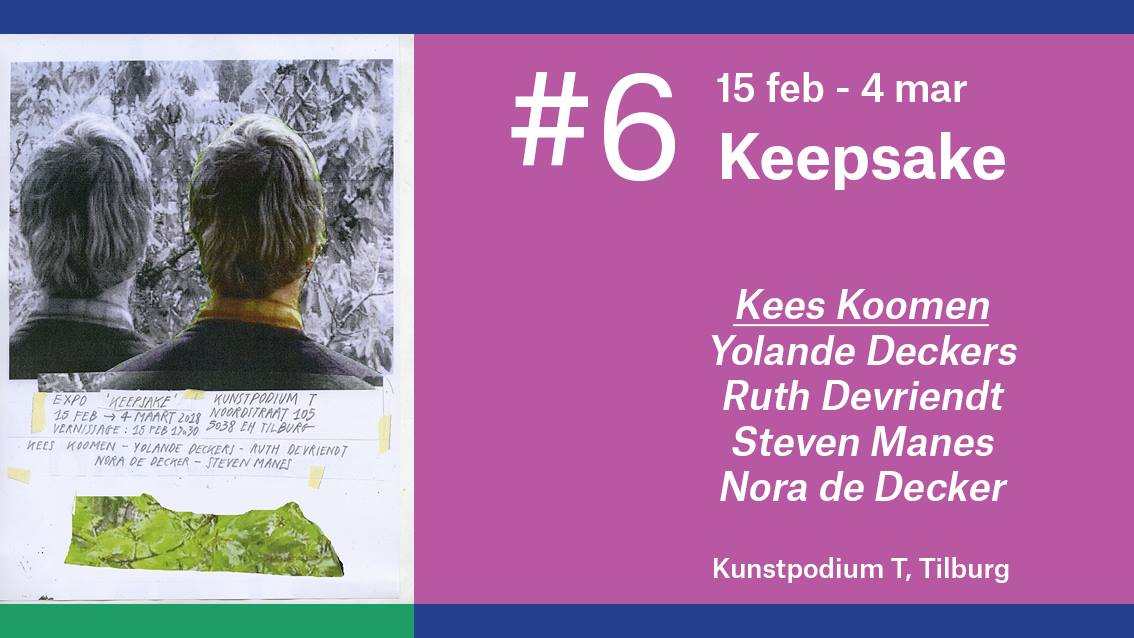 At this sixth exhibition in the Apprentice Master program of 2017/2018, Yolande Deckers, Ruth Devriendt, Steven Manes and Nora de Decker will be exhibiting with Kees Koomen as their master.
The exhibition will take place from Thursday 15 February to Sunday 4 March 2018 at Kunstpodium T in Tilburg. The opening will be on Thursday 15 February at 20.00 to 23.00. During the opening, the artists will be present to give an introduction about their work. Come join us at the opening or visit the exhibition during our regular opening hours.

In science, ideas exist that there are not just three dimensions in which our world reveals itself, but that there are multiple. The string theory even assumes that there are more than ten dimensions. The fourth dimension then is time. From these kind of theories, you can think that everything happens next to eachother instead of in chronological order. This is an inspiring given that also surfaces in the ideas of John Cage and Merce Cunningham, who applied it in music and dance, and with Jackson Pollock, in whose work we can also recognise this. The entire world history becomes an equal field from which you can get inspired as an artist. In addition, you can also see your own life experiences as a field with equal memories. The memory however fails to properly capture everything, many memories are supplemented and reappreciated.
From these ideas, the context can be seen as equal to the work itself in any artwork. John Cage isolated in his famous piece 4’33” the surrounding noises of a concert situation and presented it as a piece at which the pianist sits behind the keys doing nothing. In his choreographies, Merce Cunningham steered away from any storyline or chronology by letting different movements take place on stage, in different places at the same time; every spot and every movement becomes equal in this. Jackson Pollock dripped his paint on the canvas until he had an equal field in which the classical ideas of composition and subject of the image were no longer relevant.