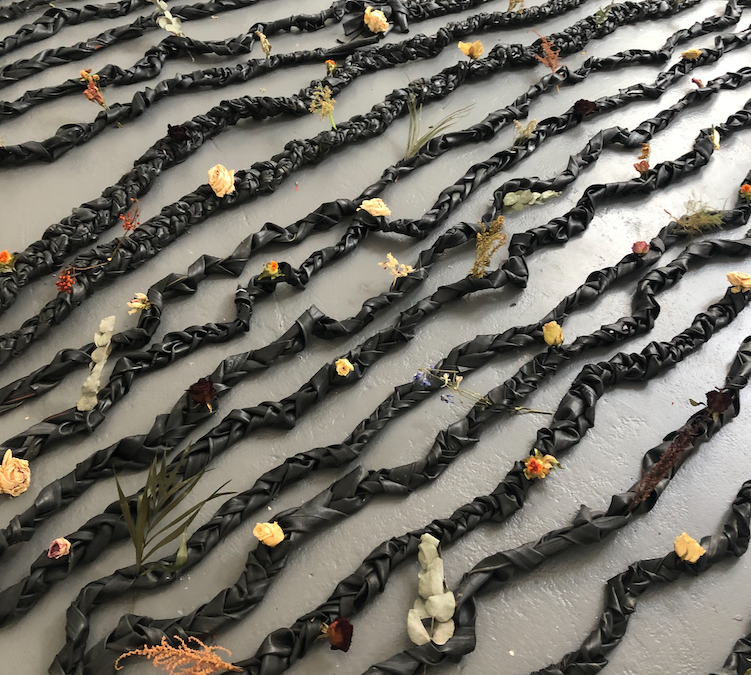 During the opening of Season Highlights on Thursday 3 September artist Melanie Maria was announced as winner of the Jan Naaijkensprijs.

In this exhibition she presents her new performative installation ‘it still remains’. In addition, the other nominated artists Tom van Veen, Jelle van Assem and Koen Kievits show their work in the exhibition, which in on show until Sunday 27 September at Kunstpodium T.

“We are all longing for a physical connection with the Other.”

In her work, Melanie Maria is searching for a physical connection with ‘the Other’. Whether this is between herself, the performers, the space, the surroundings or the material.
In the work ‘it still remains’ she asks the spectator to enter, alone. To sit down and experience. The serenity and at the same time the sadness in the work takes you along the silence while outside, behind the windows, the world goes on.
You are invited.

About the Jan Naaijkensprijs
Since 1982, the Jan Naaijkens prize is awarded yearly by the Noordbrabants Genootschap. This prize is awarded to somebody that has paid a special contribution to the development of the cultural field in the Dutch province of North-Brabant. The first prize was awarded to Jan Naaijkens, after that it went to Gerard van Maasakkers (1987), Tom America (2005), Ed Schilders (2008), Jacques de Groot (2010) and Maarten Jense (2011).
Since 2014 the Noordbrabants Genootschap connects the prize to the Apprentice Master project from Kunstpodium T. The Jan Naaijkens prize is since then awarded to the development of talent; the award has been awarded to  Juan Pablo Plazas in 2014, to Rudolf Samhejl in 2015, to Ans Mertens in 2016, to Nuni Weisz in 2017, Yoel Pytowski in 2018 and Pieter Chanterie in 2019.