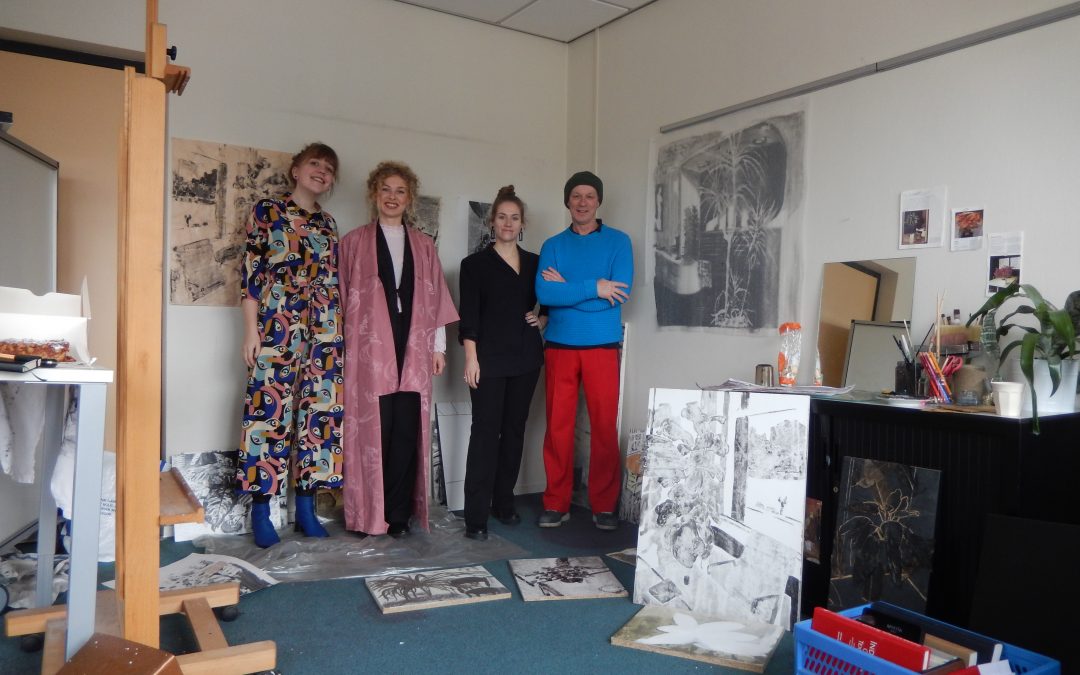 NOTE: Exhibition at Kunstpodium T on new dates – we are open again!

Verborgen Verwantschappen (hidden similarities – freely to Rudy Kousbroek) is the title of the exhibition in Kunstpodium T, from 16 July to 9 August.

The title refers to the walks that the four of us have made over the previous years (and that we shall take together later). From walks in nature, here at estate Baest, to walks on the ‘workfloor of the contemporary art platforms’; such as Art Rotterdam and Museum De Pont, to the walk through the intimate rooms at the collector’s home, to the workshops; our studios and my stained glass studio. During the walk there is a pleasant balance of the casual look and the concentrated conversation. In addition, unsuspecting similarities arose concerning ideas and mission of artistry and it turned out that we are all on the same page, despite difference in age and position.

One of these idea-similarities in everybody’s belief in a fruitful cross-pollination of (solitary) artistry and a second profession or craft.

However, a visible similarity is the collaboration in the studios between the four of us. The first steps have been taken on paper and passed on to another. In this way multiple works were made (often also in the form of a diptych or triptych), in which we have added a new stanza by using these verses, which will also rhyme in everybody’s own work.

The ‘online exhibition’ will not show the work itself, which will be presented live, but will show something about our meetings on the workfloor.