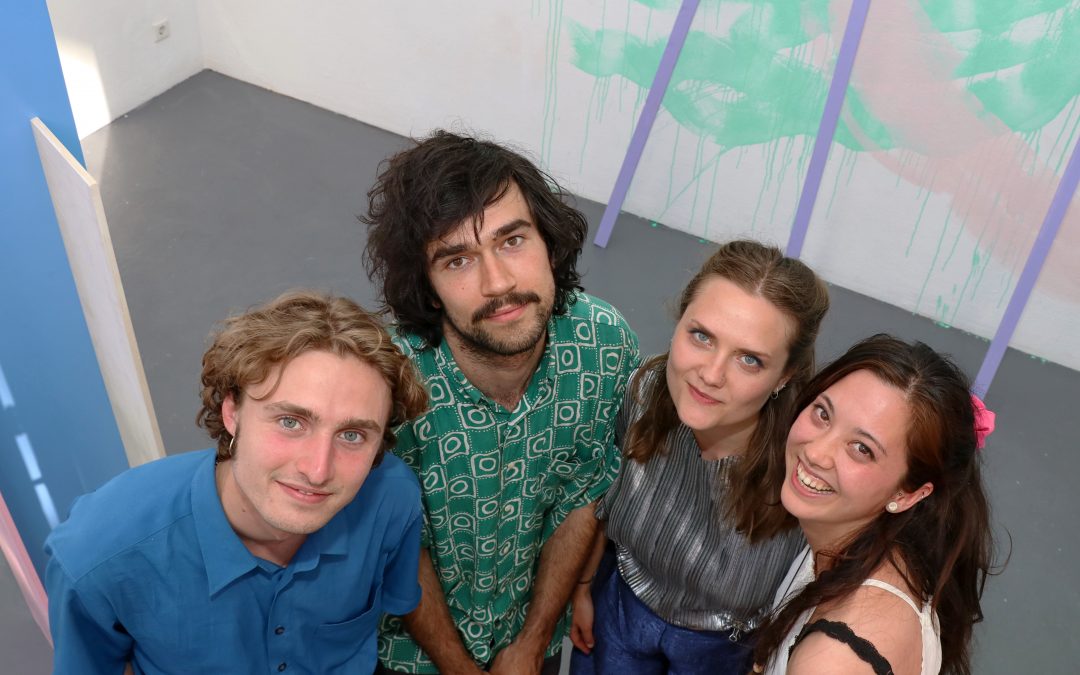 In the exhibition ‘Season Highlights’, four apprentices of the tenth Apprentice/Master season have been invited to make a small solo exhibition in Kunstpodium T. These presentations will be on show during the summer. During the opening of the last Apprentice Master exhibition on Thursday 23 May, the nominees will be announced.

The exhibition opens on Thursday 27 June, during which an independent jury will announce one of the nominees as the winner of the Jan Naaijkens prize. After its opening, the exhibition is on show from 27 June until 1 September 2018. The exhibition is open on Friday, Saturdays and Sundays from 13.00 to 17.00, by appointment and during the market Dwalerij.

Jan Naaijkensprijs
Since 1982, the Jan Naaijkens prize is awarded yearly by the Noordbrabants Genootschap. This prize is awarded to somebody that has paid a special contribution to the development of the cultural field in the Dutch province of North-Brabant. The first prize was awarded to Jan Naaijkens, after that it went to Gerard van Maasakkers (1987), Tom America (2005), Ed Schilders (2008), Jacques de Groot (2010) and Maarten Jense (2011).
Since 2014 the Noordbrabants Genootschap connects the prize to the Apprentice Master project from Kunstpodium T. The Jan Naaijkens prize is since then awarded to the development of talent; the award has been awarded to  Juan Pablo Plazas in 2014, to Rudolf Samhejl in 2015, to Ans Mertens in 2016, to Nuni Weisz in 2017 and Yoel Pytowski in 2018. Read more information here.

Ian Skirvin
In his work, Ian is looking for a friction that forces the viewer or the object to take a position. His role is the observing director: he presents the room and the room, the work and the people present something back to him. From this, new elements are continuously growing that offer the potential for questioning and reaction. His research starts at a fascination for the human dominance over almost everything in our world. Ian takes on the role of both maker and inhabitant of his sculptures. Found materials is being inhabited by sculptures that he creates intuitively.  The inhabitant and intruder come together in performances in which humans are being elevated (or reduced) to sculptures. The sculptures in these performances receive commands, which creates a situation that is controlled by Ian.

Pieter Chanterie (winner)
Pieter Chanterie’s images try to evoke stories which only exist within the image, they can not be reconstructed in another language – like the spectacle of storytelling in the circus tent. The long distance is very close – like if you’re peeking from outside through a window, you become present in the room. The world has its own laws and the same laws as the world in which it’s exists – like the smallest leprechaun who lives in the biggest world. He makes books and paintings. The painterly image is being strengthened and contradicted by the refined narrative – like the turbulent dancing that’s going in the living room while in the kitchen, biscuits are being dipped in the coffee.

Marina Heuvelman
Marina works to combine the necessity to create and the desire to understand the unknown. Using various forms of media, she studies her attraction to colour, shape and materiality. Where verbal thoughts fall short, image takes over creating an own entity in the studio. The flow one finds themselves in reflect an inner dialog. After accumulating an abundance of extractions, one tends to restructure to find narrative. The moment the work is assembled, it is free from her input and becomes something elusive. The physical symbolism is something she has made with her physical reach and becomes larger than herself.

Tina Jeranko
Tina Jeranko’s practice is based on the relation of language and body. She works with writing, translating words, concepts and thoughts into body movements. Besides the external material of observing society’s behaviour in Western world, she also draws her inspiration from within herself. More specifically listening to the inner voice and understanding its nature. How much comes from within and how much is influenced by rules, habits and morals of our society. Jeranko comes from Slovenia, and she is currently living and working in The Hague.