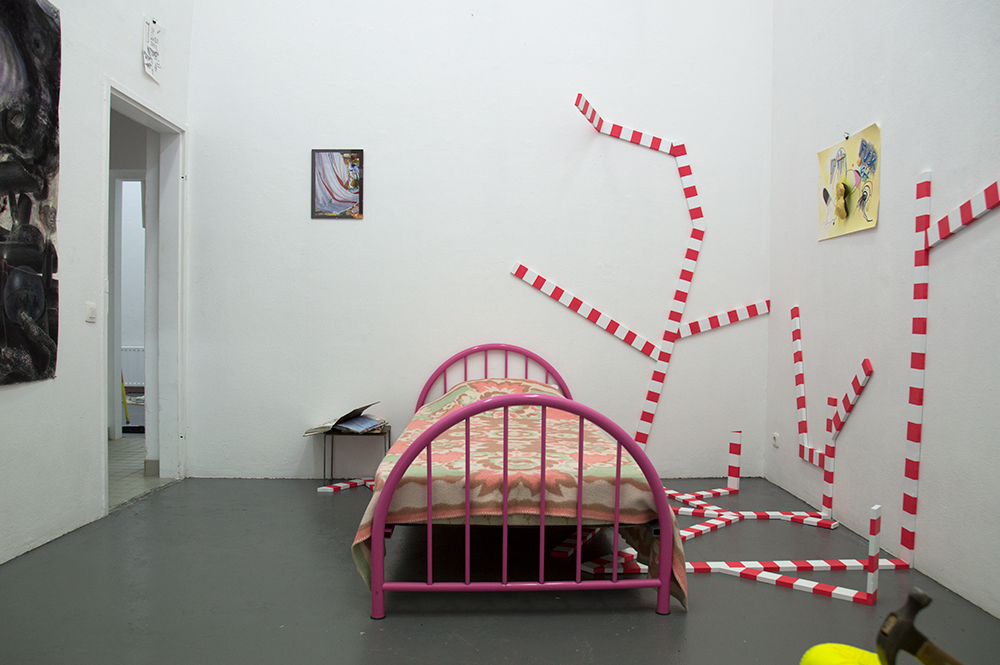 From 10 October to 24 November, De Roze Sokkel took over Kunstpodium T. This artists collective, consisting of  artists Jolijn van den Heuvel, Tyrell Kuipers and Jeroen Schampers, likes to make unconventional art in unconventional locaties with which approachability and accessibility play a big role. In May 2018 they hosted their first exhibition at Superstedeke in Tilburg. 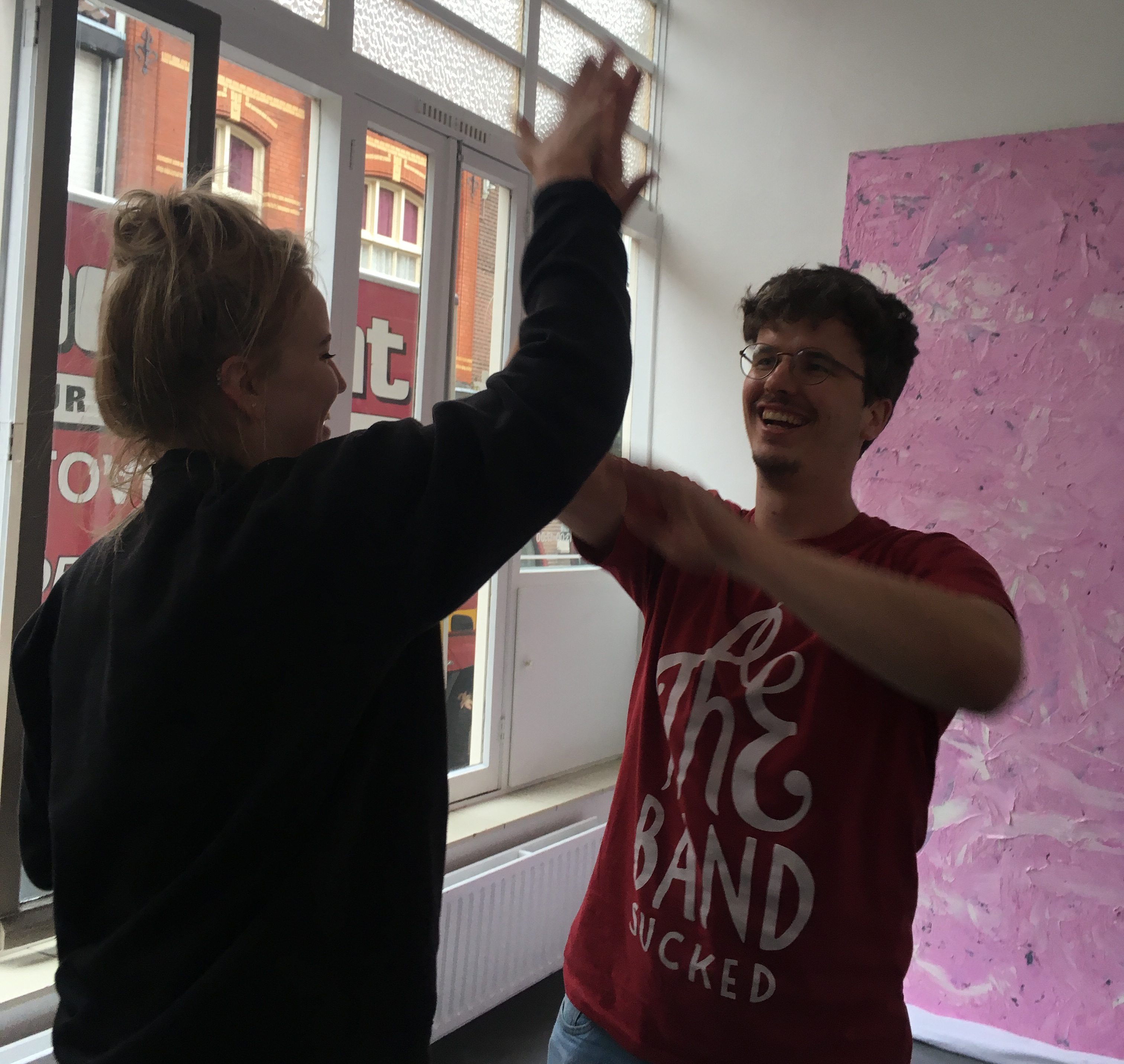 The three artists were already acquainted with the rooms and possibilities of Kunstpodium T. They chose to create and show work during their stay: Jolijn created her own performance piece by sleeping in one of the front rooms with high windows. For the final exhibition, the three artists worked together with about forty other artists, which created a lot of variation in the exhibition, with something for every taste. The finissage on Friday 23 November was visited by many people, resulting in a fun art-party with dancing, local beers and lots of high quality art. We expect to be hearing a lot more from De Roze Sokkel in the future!